All right. If the President says that he wants to prevent war too. And he says that this action was one that was required by an imminent threat, as you just mentioned. And he's elaborated, given a little bit more information on that in an interview with Laura Ingraham that people will hear later tonight where he says, that according to the intelligence, that there were four embassies that were potentially the targets of all of this. So, you know, when you look at that information, and also what he said last night at the rally that he did in Ohio, where he felt that, if he had started going to members of Congress and saying, "Oh, look, we have this opportunity, should we meet? Should we talk about it later?" should we - he was afraid that it might leak that the moment which is considered to be a target of opportunity, as it's termed by our intelligence agencies, could be missed. So I would say to him, that there has been a precedent that you consult or you brief, the big - the eight, so that the four leaders of the House Intelligence and the Senate Intelligence Committee. I think that he should have simply have done that. We need to ensure that congressional leadership is included. 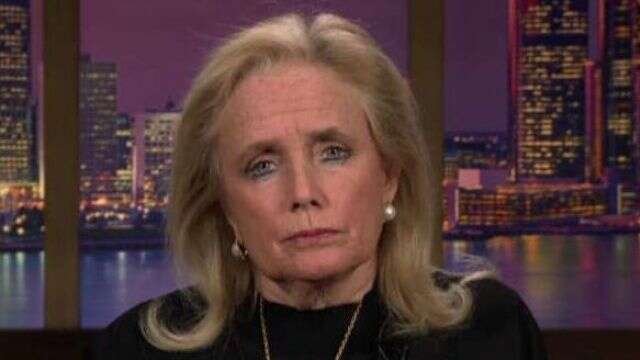 And when people say that people don't care, when I was home Monday, I had the mothers of men and women that are serving overseas scared to death. I had young people saying to me, is there gonna be a draft? I left Michigan, going back to Washington very rattled at how worried just people were. So we need to remember that everybody was concerned and we should be concerned. But we need to be united because that we're Americans. We are not Republicans or Dems. But we're so - you know, we are so divided, and the President brought up Adam Schiff by name, and he would have been included in that small group that you're talking about. Do you believe that Adam Schiff and the President's relationship could, you know, get past the differences that they've had over impeachment? And do you believe that Adam Schiff would have kept that information completely confidential and would have allowed the President to take the action that he felt was necessary based on the intelligence. Do you believe that? I believe that the Republicans and Democrats serving in the intelligent - in the leadership positions in the Intelligence Committee, love this country and know how important it is to treat classified information and would have done so. Thank you very much. Representative Debbie Dingell, always a pleasure to have you with us tonight. Thank you very much. Thank you.